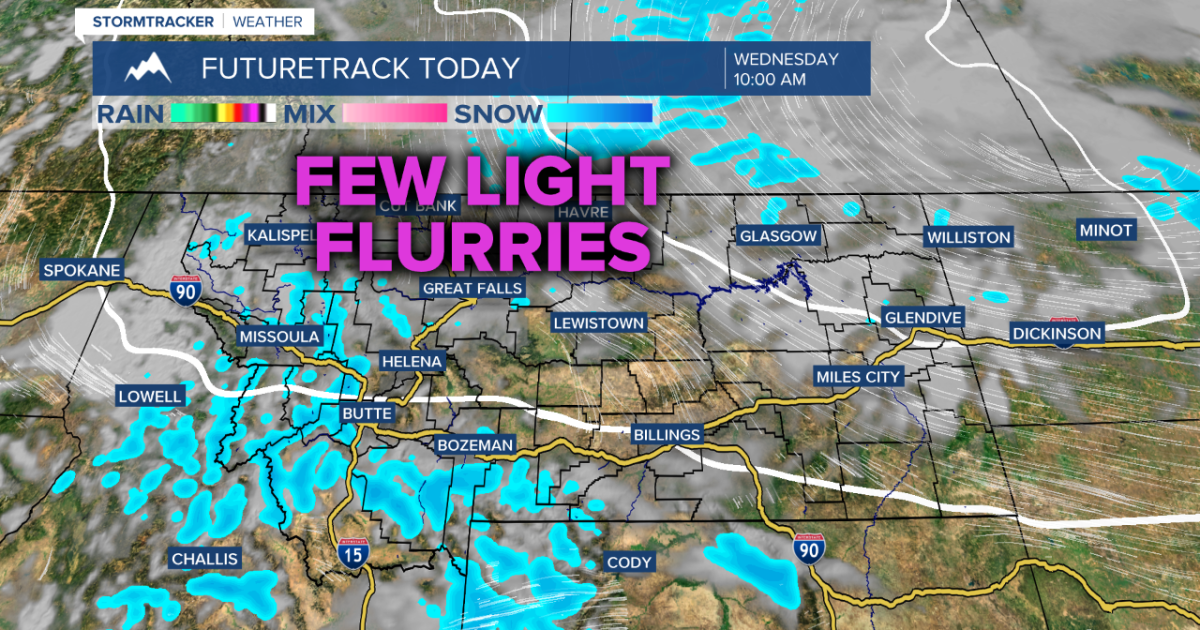 An quick moving cold front has left a light dusting of snow across much of Montana.

Although the snow accumulations are rather unimpressive, ice under the snow will make for very slippery roads this morning.

A few lingering flurries are likely for the first portion of the day eventually becoming more concentrated to the high terrain as the day plays out.

Temperatures will remain cooler today with highs in the low to mid 20s.

Stronger wind is expected to take us through the later half of the work week.

This wind will once again warm the temperatures and push highs into the low to mid 40s by Friday.

Forecast models are hinting at a few flurries on overnight Friday into Saturday morning.

Very little if any accumulation is expected for the lower elevations with the passage of this system.

The warmer temperatures and very windy conditions are expected to take us through the first portion of next week.