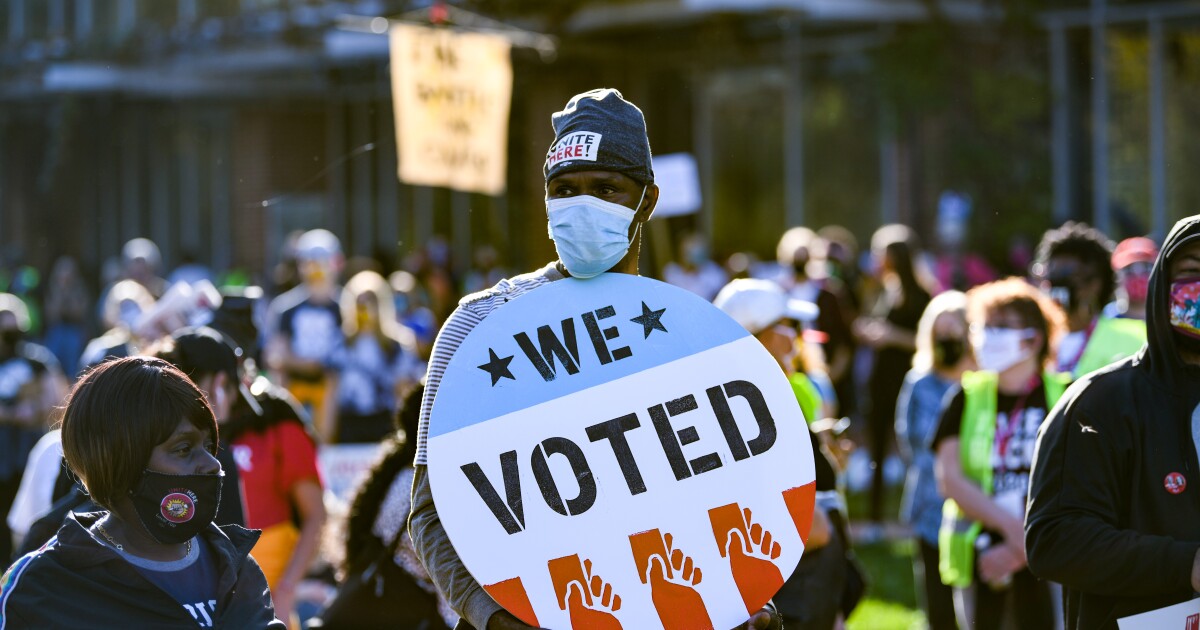 Preliminary counts due at the close of business Tuesday from counties to the state elections bureau were watched for how they might affect the presidential race numbers. Recount requests in precincts may follow.

Thousands of ballots, however, did not make it into those counts.

Some counties were still slogging through record numbers of time-consuming provisional ballots Tuesday — many of them cast by voters who ordered a mail-in ballot but never received it, preferred to vote in person on Election Day or were worried that it would not be counted even after they’d mailed it.

Other counties had yet to count military and overseas ballots, which were still arriving up until Tuesday’s deadline, as well as ballots that arrived by mail after Nov. 3 — Election Day — but before the court-ordered deadline of 5 p.m. last Friday.

York, Bucks and Chester counties were unable to finish sorting out a combined figure of more than 16,000 provisional, county officials said.

The state Department of State, which oversees elections, said Tuesday evening that counties had received and counted 27,650 of the 37,239 military and overseas citizens absentee ballots that were ordered.

About 10,000 mail-in ballots were received by counties in the three days after polls closed — ballots that are the subject of a U.S. Supreme Court challenge by Republicans — while counties issued about 94,000 provisional ballots to voters, although the department didn’t say how many have been counted.

Erie County election workers laboring long hours have fielded floods of calls from voters about unfounded allegations of backdating ballots at a local post office and false claims that their ballots had been invalidated because they were told to use Sharpie markers to complete them.

“It has made for a highly stressful situation,” said Doug Smith, Erie County’s chief clerk and clerk of elections.

All told, counties in Pennsylvania have tallied more than 6.77 million ballots, or about 74% turnout.

The Associated Press called the presidential contest for Biden on Saturday after determining the remaining ballots left to be counted in Pennsylvania would not allow Trump to catch up.

Biden held an approximately 48,000-vote margin Tuesday night, too wide a gap to qualify for a mandatory statewide recount.

But Trump has refused to concede or begin a transition process, and his campaign sued in federal court over Pennsylvania’s presidential election, arguing that registered Democratic voters were treated more favorably than Republicans.

There is no evidence of widespread fraud in the 2020 election, and no state or county election official has reported fraud or any other problem with the accuracy of the count. Democrats say Trump’s claims are meritless or flat-out lies.

Still, the Trump campaign has signaled its hopes that litigation may reverse what currently appears likely — that Biden’s supporters will cast the state’s 20 electoral votes next month.

Republicans in the state Legislature and congressional delegation have largely fallen into line behind Trump, questioning the trustworthiness of the election and calling for the resignation of Wolf’s top elections official and an audit of the election.

On Tuesday, state House Republicans said they would hold hearings on the 2020 election, although U.S. Sen. Pat Toomey, R-Pa., told Pittsburgh’s WTAE-TV that “it looks likely” that Biden will be the next president and that a transition process should begin.

The issues Trump’s campaign and its allies have pointed to are typical in every election, and many of its challenges have been tossed out by judges.

There are about 9,100 precincts across the state.

Once a county declares it has finished its count — a date that will vary — a five-day period starts, during which groups of at least three voters in a precinct can assert claims of fraud or error before their county’s common pleas court. In each precinct, that requires the three voters put up $50 each.

The county judge would oversee any such recount.

A wider challenge that would seek to have the statewide results thrown out on grounds that the election was somehow illegal would have to be filed by Nov. 23 in state Commonwealth Court.

At least 100 voters would have to sign on, including five who have signed affidavits about why they think the election was illegal, or that there was something wrong with the voting or counting.

That process requires a bond to be posted. When Green Party candidate Jill Stein went that route four years ago, the bond was set at $1 million. She subsequently withdrew her challenge.

After Nov. 23, Secretary of State Kathy Boockvar must tabulate, compute and canvass votes for all races, with no specific deadline. Democratic Gov. Tom Wolf will in turn certify the winning presidential candidate’s slate of Electoral College electors and send it to the national archivist. Four years ago, both actions occurred on the same day in mid-December.

Those electors will contribute their votes to the Electoral College during a Dec. 14 session in the Capitol in Harrisburg. Congress is scheduled to validate their choice Jan. 6.