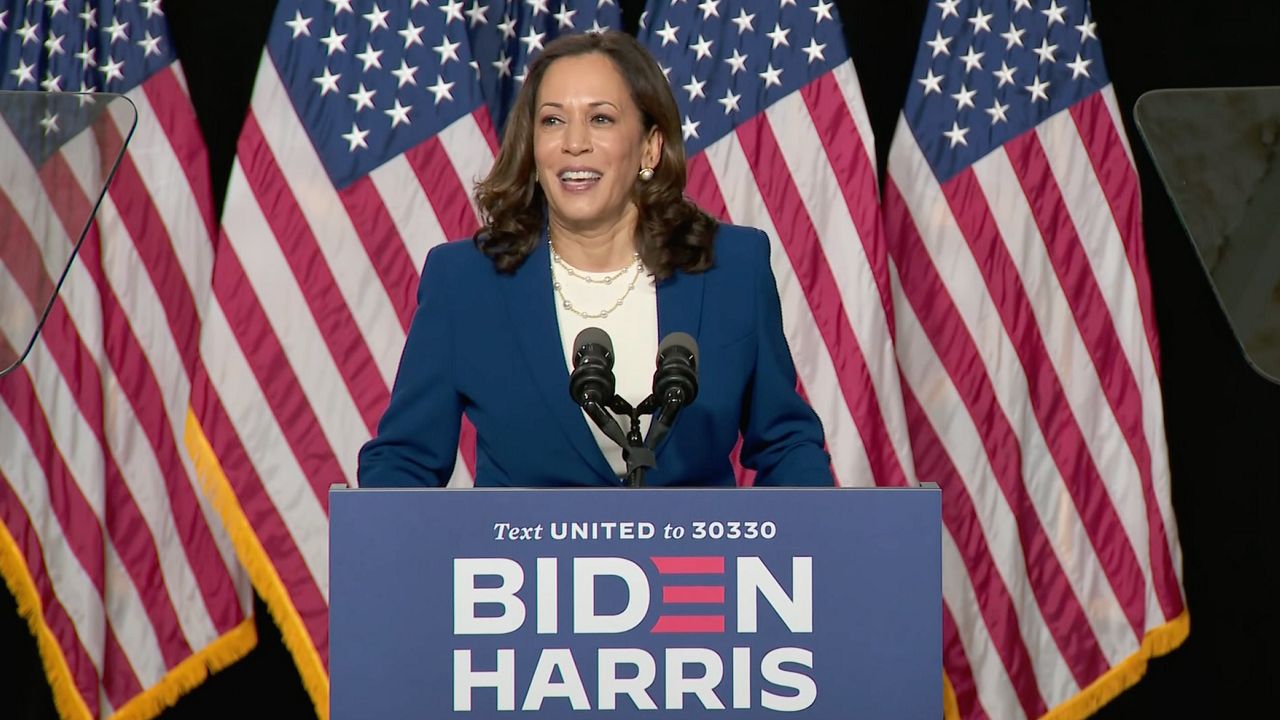 ORLANDO, Fla. — After Senator Kamala Harris’ campaign travel was halted this weekend due to the coronavirus, the Vice President candidate is now planning stops in Orlando and Jacksonville on Monday.

The Biden campaign announced on Thursday that two staffers had tested positive for the virus.

Officials said neither Harris nor the former Vice President were in close contact with either person in the two days prior to the positive tests.

Out of caution, Harris canceled in-person campaign stops through Sunday.

She’s now planning to get back on the campaign trai Monday and her first trip to Central Florida this year coincides with the first day of Early Voting in Florida.

With only a few weeks to go until the 2020 General Election, Florida can expect to see a few more rounds of principal candidates making stops in the Sunshine State.

Democratic Presidential candidate Vice President Joe Biden was in South Florida last week, marking his third trip to Florida this year. Biden so far has made only one trip to Central Florida this year, with a stop in Kissimmee on September 15.

President Donald Trump held a pair of Central Florida rallies this week, one in Sanford on Monday and another on Friday in Ocala.