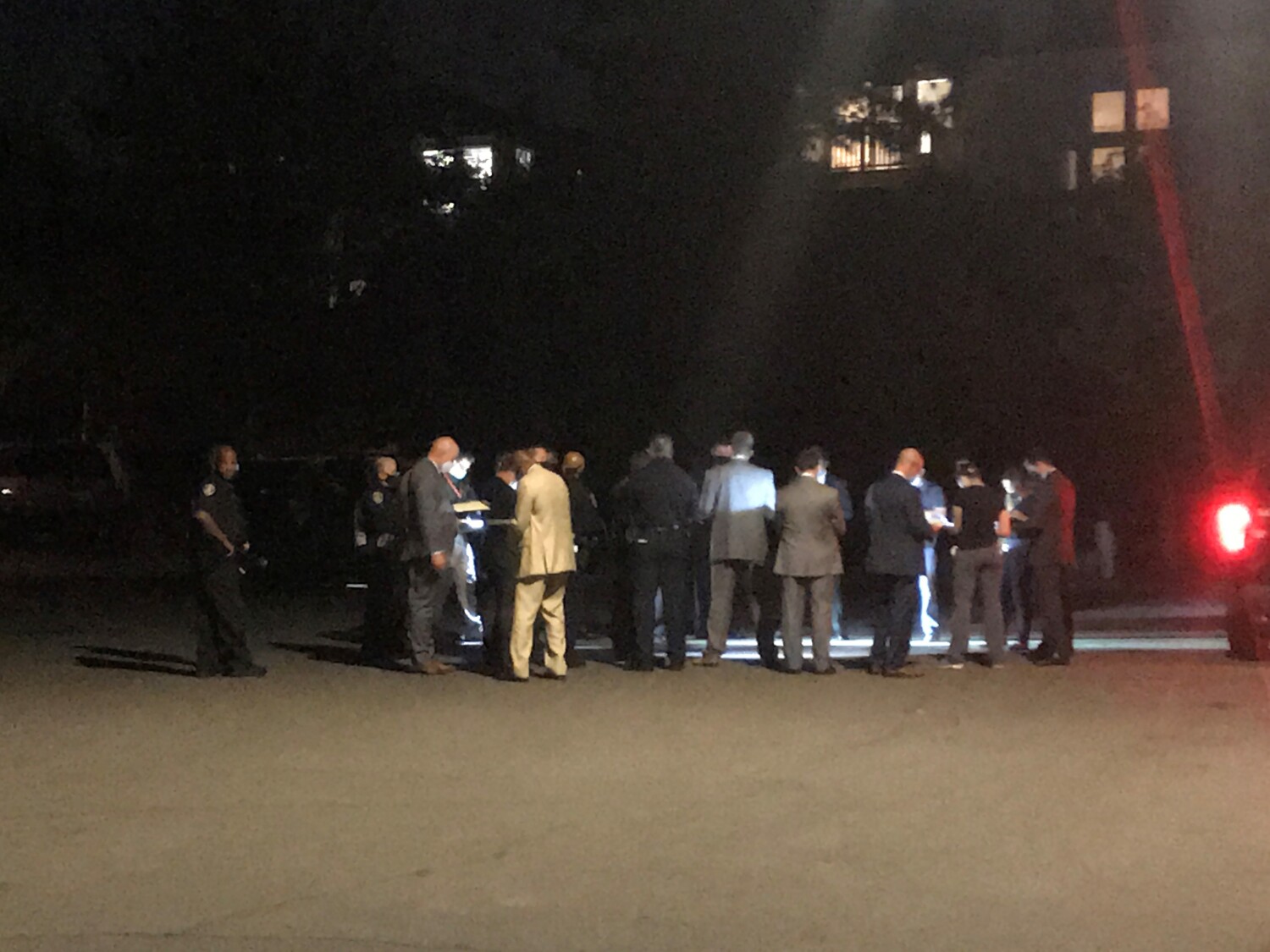 San Diego police on Friday identified the domestic violence suspect who was shot and wounded by a police officer Wednesday night in Rancho Peñasquitos and the Northeastern Division patrolman who shot him.

Timothy Beck, who has worked for the San Diego Police Department for five years, shot 61-year-old Richard Young around 7:30 p.m. Wednesday outside Young’s home on Celtic Court, a cul-de-sac in a neighborhood south of Carmel Valley Road.

According to police, Young was armed with a revolver and raising it toward officers when Beck shot him once, striking him somewhere on his torso.

Investigators said that before the shooting, a police dispatcher heard Young in the background of a 911 call “talking about wanting to be shot by police officers.”

It all began when a woman, who police believed was Young’s wife, called 911 to report some type of domestic incident, San Diego police homicide Capt. Richard Freedman said Wednesday.

Because of what the dispatcher overheard during the call, and because it was believed there were firearms in the home, officers hung back to formulate a plan when they initially arrived at the house, Freedman said. They moved in closer when the dispatcher reported hearing “the sounds of a possible struggle,” according to Lt. Matt Dobbs.

READ MORE  After election is called for Biden, McConnell says Trump ‘100% within his rights’ to challenge results in court

The officers approached the couple on the front porch, and when they tried to take Young into custody, he allegedly pulled the revolver from his waistband and “began to raise it in the direction of the officers,” Dobbs said. Investigators recovered the gun after the shooting.

Young remained hospitalized under guard Friday, according to Dobbs.

Beck was placed on administrative leave Wednesday night, a standard procedure as the Police Department’s homicide unit investigates the shooting.