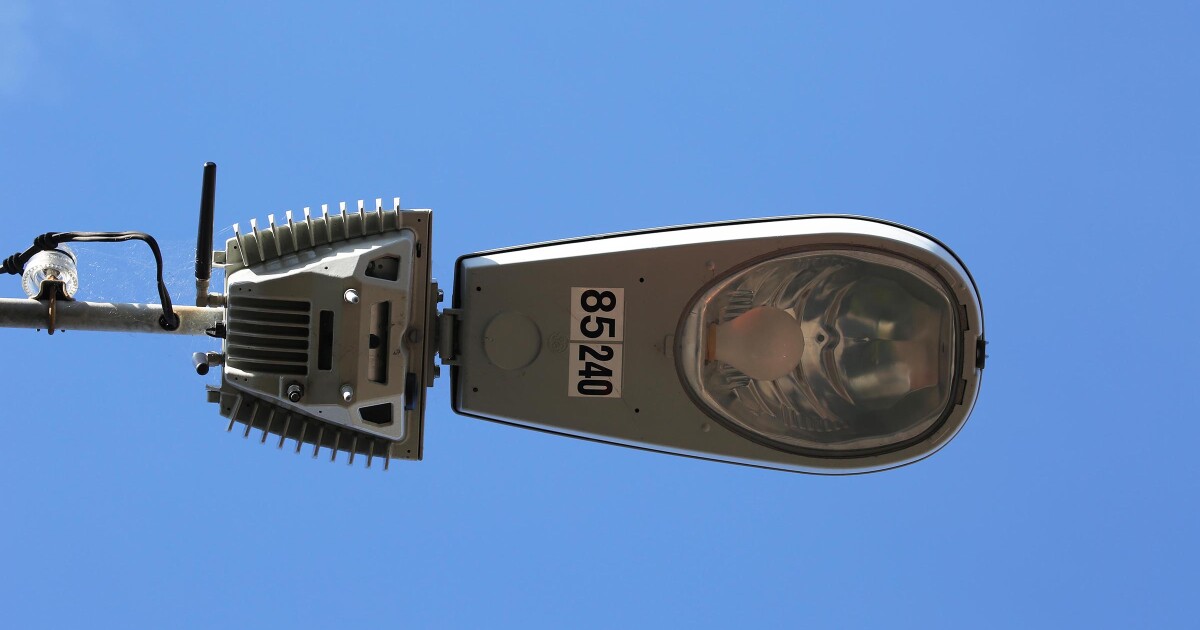 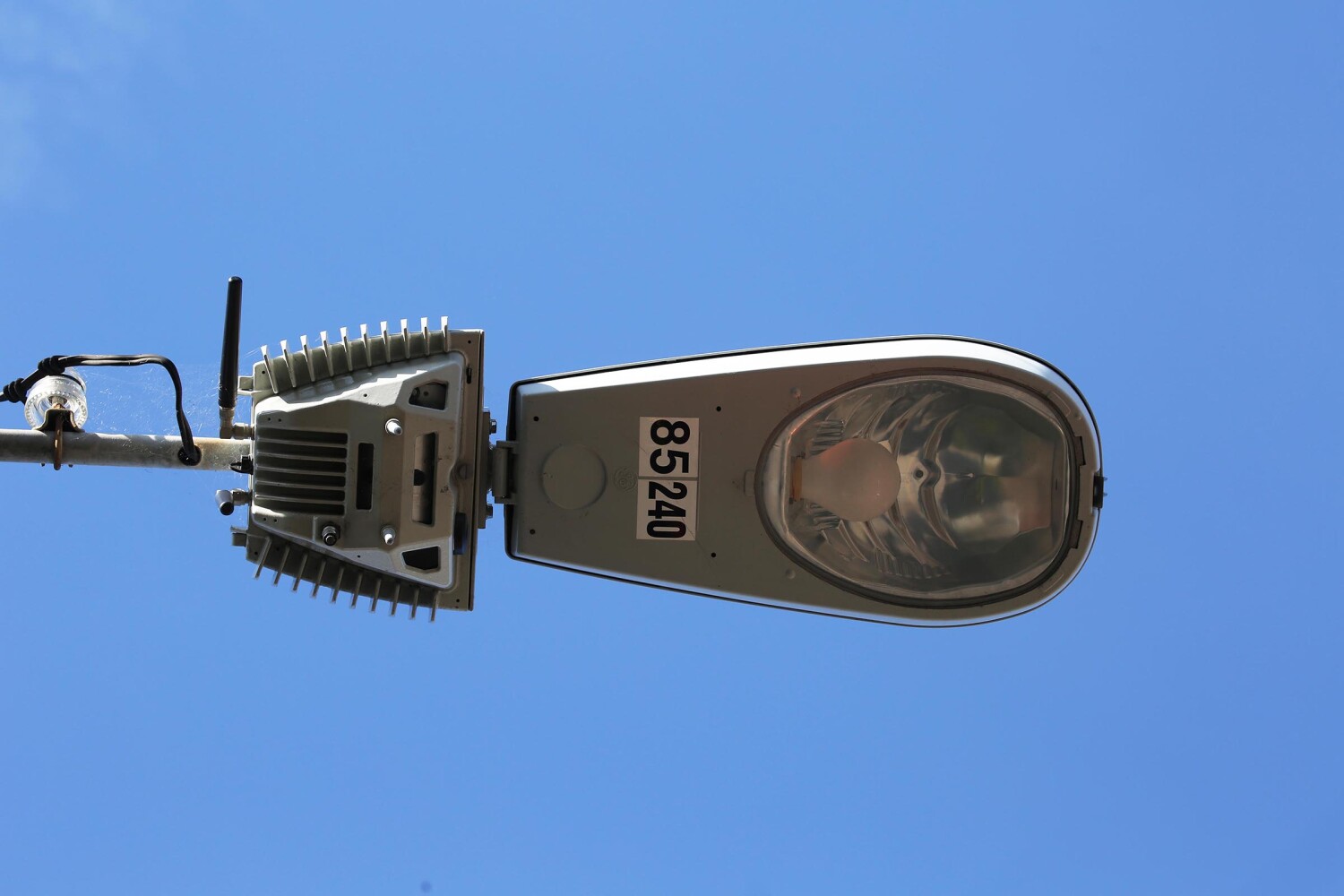 The San Diego City Council voted unanimously Tuesday to approve an ordinance that would govern all surveillance technologies in the city — action rooted in pushback after the city had quietly installed cameras on 3,000 smart streetlights.

The councilmembers also backed a second ordinance creating an advisory board to oversee uses of surveillance technology.

The proposals face a few more steps before becoming law, but the unanimous votes marked a leap forward in a push by advocates fighting for transparency and oversight for surveillance programs in the city.

Both ordinances will “help ensure that any use of surveillance technology to protect public health and safety is proportionate, effective and responsible,” Councilwoman Monica Montgomery Steppe said during Tuesday’s council meeting.

Montgomery Steppe has championed the ordinances, together dubbed the Transparent and Responsible Use of Surveillance Technology — or TRUST. After the vote, she issued a statement that said her colleagues had joined “in taking the necessary next step to protect the civil rights and civil liberties of all San Diegans.”

“This ordinance is going to go a long way in correcting many of the privacy and civil liberties failings we have in our city, so I enthusiastically support this ordinance,” she said.

Roughly 80 people spoke in favor of the ordinance during public comment.

San Diego police Chief David Nisleit also spoke, saying he welcomed the oversight of how police use technology. He also said he was concerned that the ordinances were initially drafted with “little to no input” from law enforcement, victim advocates, neighborhood watch groups and others.

“We must not forget that the vast majority of San Diegans want law enforcement and other city departments to utilize technology to keep the community safe,” he said.

The proposed ordinance calls for public review and City Council approval before the city can acquire or install any new surveillance tools or tech, according to a city staff report. The law would cover all types of surveillance tech, including cameras and facial recognition software.

If the city does get an OK to use surveillance of any sort, the product would be reviewed annually to weigh its benefits against the cost to civil rights.

There are exceptions. If an emergency arises, the city can use surveillance technologies without prior approval. The emergencies, according to the staff report, must involve imminent danger or death, or serious physical injury, or imminent danger of significant property damage.

Also, while the advisory board is getting up and running, the city can continue using existing technology for a year.

The second ordinance would create a “Privacy Advisory Board” comprised of technical experts and community members. The board would review surveillance proposals and provide advice and assistance to the city.

In her statement, Montgomery Steppe said the safeguards “will strengthen residents’ faith in local government and allows for robust public dialogue and increased trust.”

There are still hurdles. Six employee unions have invoked their right to review and propose changes to the ordinances before they go to back to the City Council for final approval.

Local civil rights advocates pushed for transparency laws after the learning that San Diego had installed smart streetlights throughout the city.

Initially sold to the public in 2016 as cost- and energy-saving lights, the smart streetlights also included high-tech sensors equipped with cameras, microphones and other technology. The idea was to gather data on traffic movements, weather and more.

The existence of cameras was not widely known, and initially, not even San Diego police knew about them.

But once police learned of them in 2018, they tapped into the footage to investigate serious or violent crimes. They hail them as a game-changer, that has helped their investigations in several cases, including the arrest of a man accused of shooting three Church’s Chicken employees, killing one, in Otay Mesa last year.

After people learned of the cameras last year, community advocates balked, raising fears that civil liberties could be abused or that communities of color might be targeted for surveillance.

A coalition followed, and members eventually won their fight for the city to consider an ordinance. They also won a seat at the table to draft it.

Lilly Irani is an associate UC San Diego professor who specializes in technology ethics, and she helped push for and craft the newly proposed ordinances, which she said were shaped using similar laws in Oakland and Seattle.

Irani cheered Tuesday’s vote, saying it’s “a really being deal that we are saying technology should be governed by the will of the people.”

Mayor Kevin Faulconer has been pushing for the council to take up talks on the ordinances. His spokesman, Gustavo Portela, said Tuesday that the mayor “continues to support providing SDPD the tools necessary to keep all communities across San Diego safe.”

The Smart Streetlights program floundered, and in September the city floated a plan to give the cameras exclusively to police. But the plan drew swift condemnation from privacy and civil rights activists. Many called it tone-deaf, given social justice protests in the region and nation, as well as the fact that the city was drafting the surveillance ordinance.

Days later, Faulconer ordered the cameras turned off until the city created a surveillance ordinance.

It’s not clear how soon the streetlight cameras could be turned back on if the ordinances ultimately pass. And that passage really isn’t likely until 2021. Plus, the city has been in contract negotiations with the company that owns the Smart Streetlight technology.