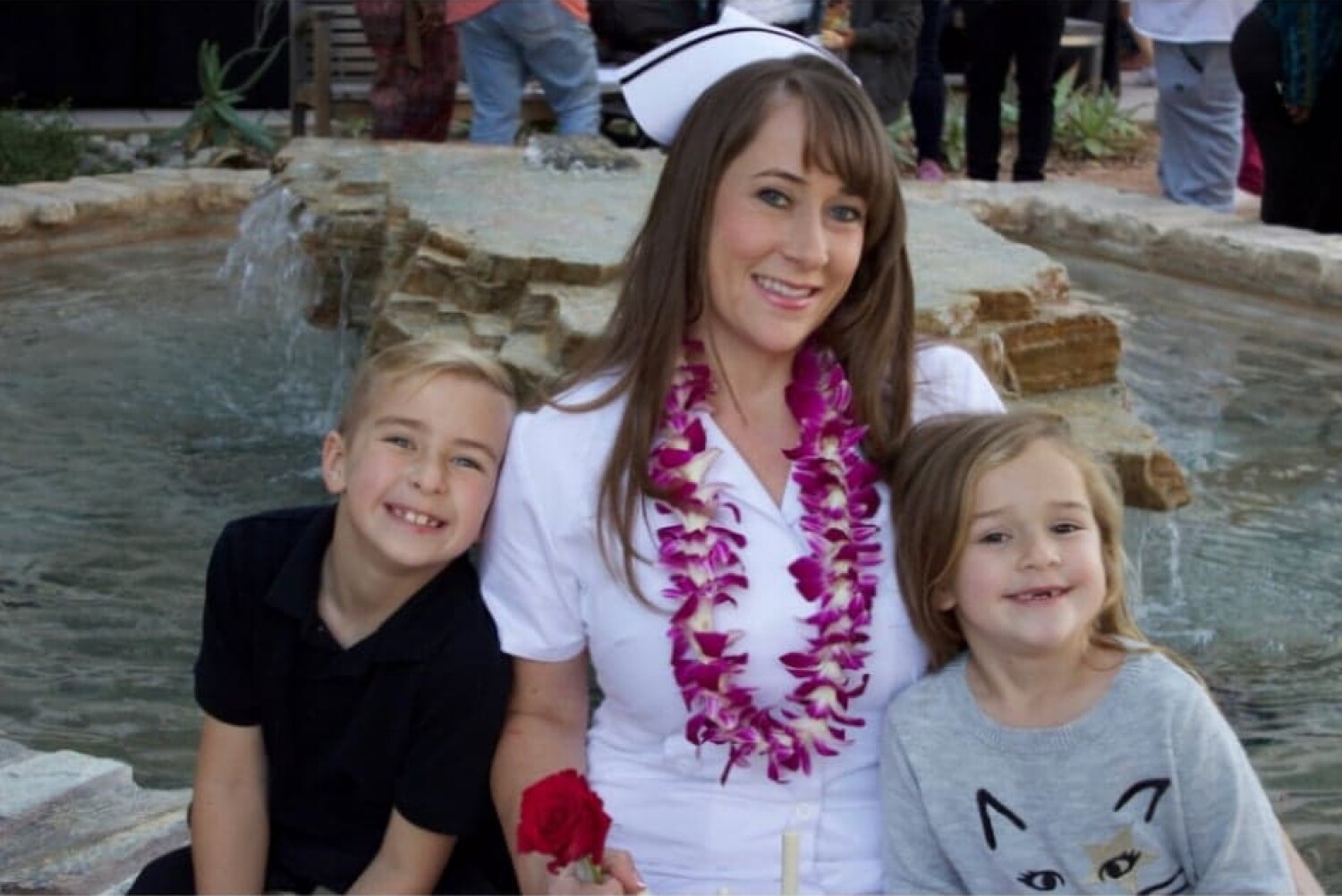 A 34-year-old nurse and mother died after a hiking accident left her stranded on Mt. Whitney for two days.

Cassandra Bravo of Riverside was enjoying a day hike on the mountain Nov. 5 when she slipped and fell about 100 feet, according to her friend Luisa Moya. After the fall, she spent two frigid nights in the wilderness with scant resources and little to keep her warm.

It was a grueling two days for her friends and family, Moya said. Bravo was an experienced hiker, and when no one had heard from her by evening, they knew something wasn’t right. Her parents reported her missing to the Inyo County Sheriff’s Office that night.

“Three or four carloads” of Bravo’s friends and family members assisted with search efforts, Moya said, combing trails, ledges and ravines and even using drones. They held onto hope because they knew Bravo was resourceful.

“She was a badass,” Moya said, noting that in addition to being a single mom, Bravo helped coach her kids’ soccer team, kept a garage full of tools and was a fierce advocate for her patients and friends.

But daylight dwindled quickly, and a storm was rolling in the day after she went missing. A weather warning issued by the Sheriff’s Office the day before Bravo’s hike said temperatures would drop below freezing over the weekend.

When the Inyo County Search and Rescue team found Bravo on Saturday, she had crawled under a fallen tree for shelter, Roper said. She was responsive but “severely debilitated” from her fall and from the cold.

“Everyone was shocked she had survived that amount of time outside in the cold,” her friend Sarah Wisniewski wrote on a GoFundMe page set up for Bravo’s family.

She was airlifted to Antelope Valley Hospital, where she died later that day.

“Those of us that knew Cassandra knew she was a fighter and strong,” Wisniewski wrote. “We know she fought to stay alive.”

In a statement issued by Loma Linda University Medical Center, where Bravo worked as an urgent care and emergency room nurse, she was described as a hard worker who was devoted to her family and career.

“Cassie was an incredible woman, mother, friend and nurse,” said Connie Cunningham, executive director for emergency and trauma services. “She was passionate about nursing, and she was an incredible advocate for her patients. She was a single mom who loved her children fiercely and has left a legacy that will always be remembered.”

Bravo leaves behind two young children, 10-year-old Jonathan and 7-year-old Prudence. She had hoped to do a travel nursing program such as Doctors Without Borders when they were older, Moya said.

“She sustained injuries that cost her her life, but she was able to stay alive for two whole nights,” Moya said. “That just shows how strong her spirit was. If her spirit could have donated some of its strength to her body and her injuries, she’d still be here right now.”