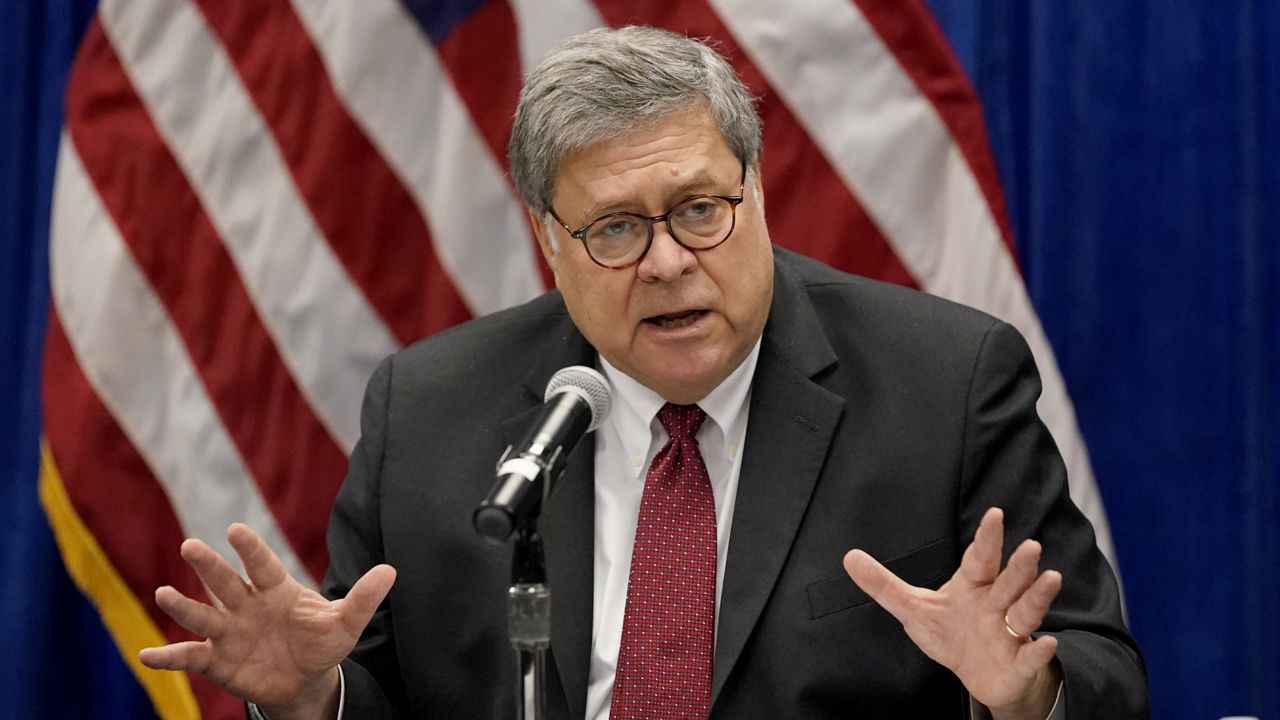 WASHINGTON, D.C. — The Justice Department’s top prosecutor for election crimes, Richard Pilger, announced on Monday he will step down from his post in a letter to colleagues obtained by The Associated Press.

Pilger’s resignation came just hours after Attorney General William Barr issued a directive to federal prosecutors to investigate “specific allegations” of voter fraud before certifying the results of the 2020 elections. Barr did not identify any specific instances of purported fraud in the memo.

In his letter, Pilger implied that he could no longer perform his job in good conscience following Barr’s memo.

“Having familiarized myself with the new policy and its ramifications, and in accord with the best tradition of the John C. Keeney Award for Exceptional Integrity and Professionalism (my most cherished Departmental recognition), I must regretfully resign from my role as Director of the Election Crimes Branch,” the letter read in part, according to NBC News.

“I have enjoyed very much working with you for over a decade to aggressively and diligently enforce federal criminal election law, policy, and practice without partisan fear or favor,” Pilger reportedly continued. “I thank you for your support in that effort.”

The former director of the Election Crimes Branch is still expected to remain as an attorney within the Justice Department’s criminal division.

Generally, Justice Department policy is “not to conduct overt investigations, including interviews with individual voters, until after the outcome of the election allegedly affected by the fraud is certified.”

Pilger acknowledged the abrupt departure from DOJ policy in his resignation letter, saying the attorney general had issued “an important new policy abrogating the forty-year-old Non-Interference Policy for ballot fraud investigations in the period prior to elections becoming certified and uncontested,” per a portion of the letter published by CNN.

But Barr argued in the memo, which was first published by the New York Times on Monday, that concerns such acts could inadvertently impact an election are minimized once voting has concluded and that, in some cases, investigations could not be delayed until the election is certified.

Despite writing that “most allegations of purported election misconduct are of such a scale that they would not impact the outcome of an election,” Barr also contended “that is not always the case.”

“…I authorize you to pursue substantial allegations of voting and vote tabulation irregularities prior to the certification of elections in your jurisdictions in certain cases, as I have already done in specific instances,” Barr’s memo continued in part. “Such inquiries and reviews may be conducted if there are clear and apparently-credible allegations of irregularities that, if true, could potentially impact the outcome of a federal election in an individual State.”

Typically, federal prosecutors are barred from taking outward steps — like questioning witnesses or obtaining subpoenas — in order to open a criminal investigation into elections until after results have been certified, so as to ensure the unbiased integrity of the final results. And while smaller investigative steps are traditionally allowed, they do require special permissions from government officials in the department’s Criminal Division.

Barr’s memo effectively ended this stopgap, allowing federal prosecutors to submit their requests directly to the attorney general’s office — a system previously upheld in order to prevent election interference from the political party in power.

Barr, a loyal ally of President Donald Trump, helped broadcast Trump’s claims of voter fraud before the election, attacking mail-in voting as prone to undue influence and coercion, despite multiple studies debunking the notion of pervasive voter fraud in general and in the vote-by-mail process.

President Trump has not conceded the election to presumed president-elect Joe Biden, instead filing numerous lawsuits in several key swing states aimed at questioning or stopping the tabulation of votes.

A Justice Department official said Barr had not been asked by Trump, anyone else at the White House or any lawmakers to issue the memo. The official could not discuss the matter publicly and spoke to the AP on condition of anonymity.

Barr did, however, meet with fellow Trump ally and Senate Majority Leader Mitch McConnell on Capitol Hill Monday. The same day, McConnell delivered a fiery address on the senate floor where he said the president is “100 percent within his rights to look into allegations of irregularities and weigh his legal options.”

Neither McConnell nor Barr answered shouted questions by reporters following their closed-door meeting.

The Associated Press contributed to this report.